A SURPRISE FOR THE VICAR 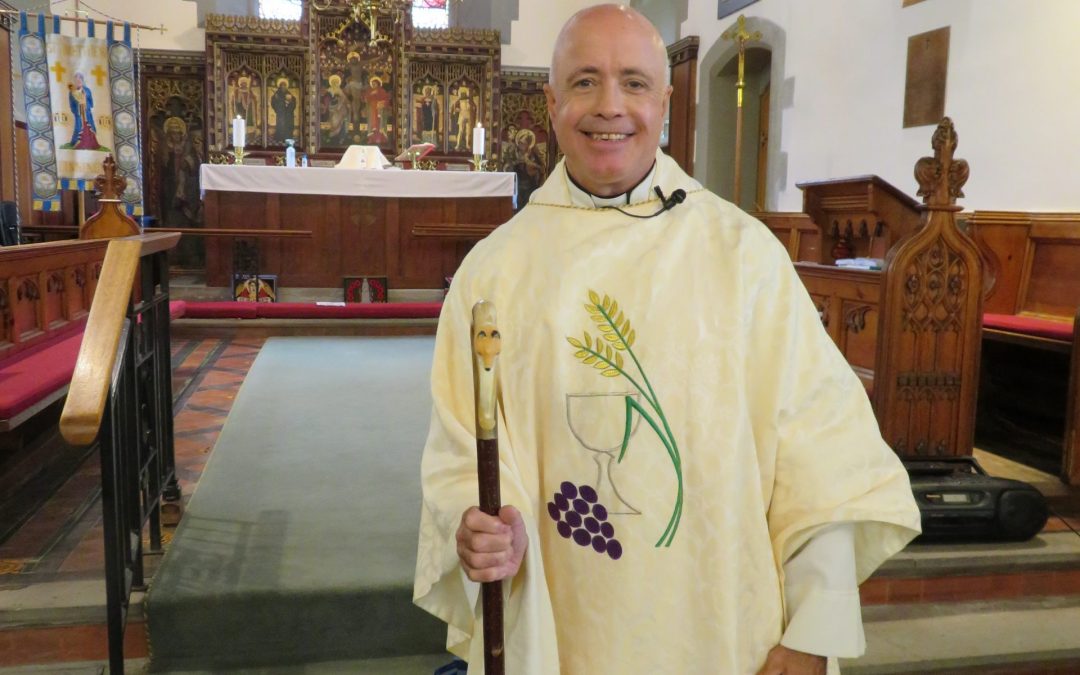 Reverend Mark was in for a surprise at the end of the service on 20th September where we celebrated St Matthew’s Day and were joined for the service by our friends from St. Cuthbert’s.

During the lock down period earlier in the year Mark used his daily exercise time to walk in the villages dressed in his cassock and baseball cap and being a visible reminder of the church. He also called on all of the normal congregation on a monthly basis delivering “goody bags” which contained home communion and this meant trips to Backworth, Killingworth, Gosforth and Kingston Park. Mark was also a volunteer delivery driver of the food parcels for the vunerable in the village which were organised by the Parish Council. When the local shop was forced to close for a time Mark also ran errands for emergency supplies that those without means of transport were unable to get and on more than one occasion he ensured that a person managed to keep urgent hospital appointments. He truly went above and beyond the call of duty and this deserved to be recognised, and of course Lesley accompanied him at times on his walkabouts and helped to fill and deliver the goody bags

The question was what to get for him? It needed to be something unique, crafted for him and with him in mind. Some years ago in a conversation he had mentioned an interest in acquiring a shepherds crook, only to be told ” You have to earn one of those”, and by his actions he had so one was commissioned featuring a fox’s mask on the nose of the stick and an engraving of St. Cuthbert’s cross on the shoulder taken from the cross at Alnmouth where it is reputed that Cuthbert accepted the petition of King Ecgfrith in AD 684 to become Bishop of Hexham and Lindisfarne. During the presentation a beautiful gift box of fresh flowers was given to Lesley to recognise the part she played during lockdown.